Editor’s Note: Our Spoon Stealers series was inspired by this week’s first post, written by Jen Desmarais. While the Spoonie Authors Network is mostly about our writing journey, it’s important for people to understand how situations in our daily lives rob us of our spoons. These articles are the personal experiences of our contributors.

I have been putting off writing this post for almost a year now, in hopes that when I finally sat down to write it, I would stop feeling like I was about to have a panic attack. I’ve decided that feeling isn’t going to go away, so I might as well bite the bullet and get it over with.

When my daughter turned one, my university friends wanted to celebrate her with a lunch downtown in the middle of the week. I packed up the stroller. We have one with large wheels so that I can easily push it through the snow. It also has a side benefit of having great shocks, so I don’t feel every bump in the sidewalk jolting up my arms and into my back like I do with the smaller-wheeled stroller that we bought for travelling. I added the diaper bag—and baby—and met my friends and Éric downtown.

The restaurant didn’t have a high chair (not really surprised), but they did have room for the stroller at the table. Sort of. Not really important, but the lack of space put me on edge and didn’t make the trip home any more fun.

We got a couple presents that I tucked under the stroller with the diaper bag.

Everyone went back to work. Dragon and I headed home. She was a little grumpy because the restaurant had been warm, and she was late for her nap.

The first bus was fine.

It was the second bus that was the problem.

In Ottawa, OC Transpo buses have two spots for wheelchairs and/or strollers. This is not enough.

The second bus was an articulated bus. There was a wheelchair in one spot, so I took the other. Classes must have just finished, because tons of students got on the bus at the college stop. I had considered getting off to see my teachers, but Dragon was fussing, and I figured I should get her home ASAP. I wish I had. Two stops later, I saw parents with a stroller waiting to get on the bus.

Oh no, I thought.

The driver yelled to me: “Fold up your stroller!”

I looked at my stroller, baby (no shoes, barely started walking), diaper bag, purse, random presents, blanket, and sun shade. I realized I had no idea how to fold up the stroller, let alone what to do with all the extra stuff in it. Dragon certainly wouldn’t have sat still on the seat while I figured it all out.

“Fold up your stroller!” the driver yelled again.

“I am physically unable to do that,” I replied. I started to shake. I could feel tears pricking my eyes.

The man in the wheelchair seemed sympathetic. The swarms of college students in the aisle didn’t care. The other parents said that they would wait for the next bus. Cue sigh of relief and gratefulness from me.

Six or so stops later, it was my turn to get off.

“You have to fold up your stroller when another stroller gets on the bus. Figure it out,” says the snarky bus driver as I try to navigate my stroller backwards off the bus.

Gee thanks. That was so helpful.

I talked about this with a couple people afterwards. Able-bodied parents. What would they have done in my situation?

They were in complete agreement—they could not have managed to do anything either. How do you fold up a stroller, and hold a baby, diaper bag, purse, and extras all at once when the aisle of the bus is so packed that there’s no room? And you know that the bus would have started moving as soon as the other stroller was on board. There was no way that a single person could do all that. Even my super strong husband said he would have been at a loss.

And nobody offered to help or stand up for me.

There needs to be another solution. Causing the parent to have a panic attack in the middle of a crowded bus is not the way to go about it. Maybe allow the third to stand in the middle doors, or having more fold up seats, or kicking off some of the standing people.

Sometimes I wonder, if someone had helped me fold the stroller up, how would I have gotten off the bus? I definitely can’t lift the stroller. I would have had to unfold it in the middle of the bus, strap my child in, put everything back inside it, and then get it off? Would the bus have waited for me to do all that? I doubt it.

I’m still shaking when I think about this situation. I have a tightness in my chest.

I have taken the bus maybe a handful of times since then.

Good job increasing ridership, OC Transpo. Get your act together. 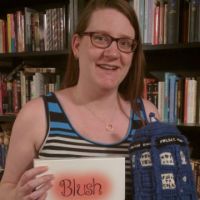 A consummate student, Jennifer Desmarais has three degrees and just graduated from her fourth. These include a Bachelor of Science in Biochemistry and Chemistry, a Bachelor of Arts in Psychology, and a Bachelor of Education from the University of Ottawa. Following her passion for travel, she just completed her diploma in Tourism and Travel at Algonquin College.

She works for Orleans Travel and Cruise Centre in Ottawa, and loves helping clients design trips with a geeky/nerdy theme.

Jen has written one short story that won a contest in 2016. You can read it here.

She lives in Ottawa with her husband and their library of over 2700 books. They had their first child, a daughter, in September 2016.

Select Podcasts from our menu to watch each episode on YouTube (CC are available) or to read the transcripts. 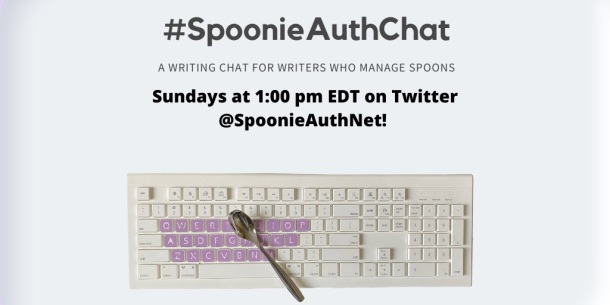 Join us every Sunday at 1pm EST on @SpoonieAuthNet on Twitter as we curate the Spoonie Authors Chat. (Search for #SpoonieAuthChat to join the conversation!)

Disclaimer: The articles in this blog and opinions in the podcast are not  substitutes for medical advice. The views, thoughts, and opinions expressed in the blog or podcast belong solely to the author/guest, and not necessarily to the management team of the Spoonie Authors Network.