The worst part about my 24/7 unrelenting severe migraine isn’t the constant pain. It’s been accepting the other symptoms that make it difficult to focus, ruin my short-term memory, and keep me from using even a little of the talents, skills, and knowledge that I’ve worked all my life to develop.

But, even though I’ve worked hard to live as full a life as possible these past three-and-a-half years, lately it seems like it doesn’t matter. John Lennon was right when he said that life is what happens while we’re busy making other plans.

It’s hard to take a shower, run errands, go to the market, make food, and clean up after myself and my cat. On bad days, I can barely make it out of bed.

Recently I learned that the used car I bought eight months ago needs thousands of dollars of work in order to pass a new Vermont inspection law regarding rust damage. I admit I got upset. I got depressed and sad and just didn’t think I could handle fixing this huge problem in an area I’m not very good in since I have no one to help me.

And if that was all, I could chalk it up to some life-stuff is harder than others. Because that’s the way that life is. Sometimes you get crap and sometimes you really get crap. This was car crap with a rusty capital “C.” 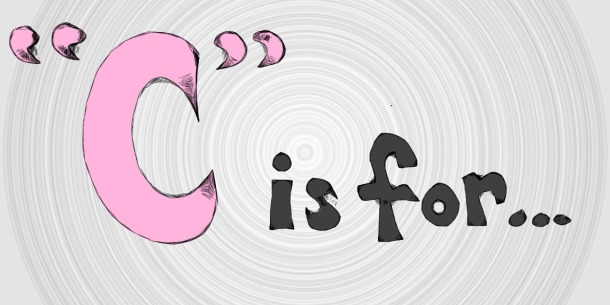 But . . . it was also time for my annual gynecological appointment. They also did the regular CA 125 blood test for the possibility of ovarian cancer.

My CA 125 had doubled. My neoplasms and little fibroids and possible cysts in my left ovary and uterus had grown. In between resolving the car issue, I’ve been visiting a gynecological oncologist. I’ve had three pelvic and vaginal ultrasounds. (It would actually be kind of fun if I could watch the screen as it happens, but they don’t allow that. (Bastards.) I’ve had my CA 125 taken again and, within a week, it went up significantly.

Bottom line: Since it’s a realistic possibility that these growths could be cancerous, in three weeks I’m getting a complete abdominal hysterectomy. I get to go through major surgery with the one person I trust to make any life or death decisions for me on the other side of the country.

I’ve got a wonderful friend who’s taking me and my cat in for a bit after I leave the hospital, but once I’m off the pain meds (and I’ve never met a pain med that relieved pain), kitty and I are back home and on our own. I’ve had to make arrangements for help taking care of the cat, keeping the apartment clean, and everything necessary to prevent infection and encourage healing.

I’ve even come up with plans if it ends up being the big “C” and I need to go through chemo and radiation. Every day, I do hypnosis on myself for an easy and successful surgery.

I don’t know why in the middle of a devastating illness I have to handle big car trouble and major surgery. The stress, the actual time and energy it now takes me to find solutions, visit doctors and mechanics, to undergo tests and arrange for life after surgery means I’ve been in much more pain than usual and the symptoms that make handling problems intelligently were much worse. In other words, life sucks.

I’m not taking it personally. In the scheme of things, it won’t be too long before my car will be fixed and I’ll be healed from the surgery. And, after that, someday we’ll find a cure for an unrelenting migraine or ways to make it easier for me to live something closer to a real life.

And this is when I remind myself why John Lennon fell in love with Yoko Ono. He went to one of her first gallery showings. In one of the rooms there was a tall ladder that you had to climb all the way up until you reached the ceiling. And there, written in small letters, was the word “yes.”

Whatever is going on in my life, I try to concentrate on what matters. “Yes.” The attitude of ultimate positivity. The fact that even though I might really hate the way things are, they generally turn out okay. Even when it involves the mysteries of cars and internal body parts. Just remember to climb the ladder and you’ll find the “yes.”

Susan Franzblau is currently convalescing in Vermont’s Northeast Kingdom with her lord and master (a mostly black cat named Raisin) while waiting for Western or Eastern medicine, luck, or chance to end an unrelenting severe migraine. In her copious amount of spare time, Susan reads, visits doctors, reads, goes to her acupuncturist, reads, watches TV, plays Sudoku, reads, beta-reads/edits/proofs colleague’s work,  and when the migraine eases up enough to let her think clearly, Susan writes sexy romance novels under a pseudonym and designs fun and comfortable clothing derived from photos of nature at www.vermontseasons.net.

You can learn more about her books on her Amazon author page and follow her hypnotherapy website, too!